There are 100 reasons why Bitcoin could reach $1m. I’ve explained why in this article. There’s a clear and unparalleled bull case for BTC.

But despite all the momentum, the adoption, the buzz, the institutions flowing in, Bitcoin price seems under a constant selling pressure that suppresses a lot of the bullish price action.

Why is that? Who’s dumping or shorting Bitcoin?

Does Bitcoin have enemies? Who are they?

This article will identify six main categories of investors who are selling Bitcoin, shorting it or exerting bearish pressure:

There are no rules and regulations preventing anyone from shorting Bitcoin, unlike conventional regulated financial markets.

That means there’s an amazing playing field for Hedge funds to employ advanced trading tactics they couldn’t use in normal markets.

There are mainly 2 types of hedge funds interested in Bitcoin:

There are only a few big ones, representing quite a small proportion of the overall hedge fund market. Due to their limited size, they don’t have that much influence on the market.

Traditional hedge funds are a much bigger space, with massive pools of capital. They manage volatility and portfolio allocation, often using derivatives and options.

The largest names in the game are Galaxy Capital, Pantera and Grayscale.

Together they dominate the crypto hedge fund market, which has a combined value estimated to be around $60 billion.

Hedge funds can help the price of Bitcoin go down, and then profit on the way up. Tactics such as bear traps or short squeezes are common.

That’s how you get better performances from hedge funds than the underlying asset. Here’s an interesting article on how Hedge Funds manipulate markets.

Hedge funds are high-risk high-reward vehicles that can be a real bearish driving force by playing Bitcoin volatility.

For an already volatile asset such as BTC, this kind of trading is pure madness and more akin to gambling.

But volumes are there, a lot of retail traders get burned by the thrill of the leverage game.

When price starts to move down, stop orders from over leveraged traders are easily hit, and sell orders are triggered.

That creates selling pressure, and an acceleration effect on price as it moves gradually lower.

Bitcoin miners generate Bitcoin as part of their activity.

If they want to fund further investments, finance their operations, or return cash to shareholders they will have to sell part of that Bitcoin.

Most miners hold and keep their BTC on their balance sheet. But some of them will regularly sell, and so miners are a constant cohort of potential sellers.

If you want to check the level of mining reserves, Cryptoquant has a report.

One of the big mining pools regularly pointed out for their heavy selling is F2pool. See how this article explains how large inflows from F2pool preceded a very large BTC price drop with around 6k coins moved to exchanges.

Bitcoin is becoming increasingly correlated to the overall financial markets. This has been witnessed in a lot of the price action in recent months.

As the market went risk off, due to all the current events (war in Ukraine, Inflation, Covid,…) Bitcoin also came under heavy selling pressure.

The inversion of the US Treasury yield curve is also a significant fear index, usually considered an advanced signal of a recession.

In a way, the fact that the Bitcoin price reacts to all the signals is also a measure of how institutionalized BTC has become. That’s a long term stability factor.

But if Bitcoin is digital Gold, you could ask yourself: why is such a risk-off situation not more bullish on Bitcoin price? In risk-off market conditions, investors will traditionally flock to US treasuries, gold, bonds, cash and most likely Bitcoin.

As this report from Glassnode shows, selling also tends to happen more during Asian market hours. 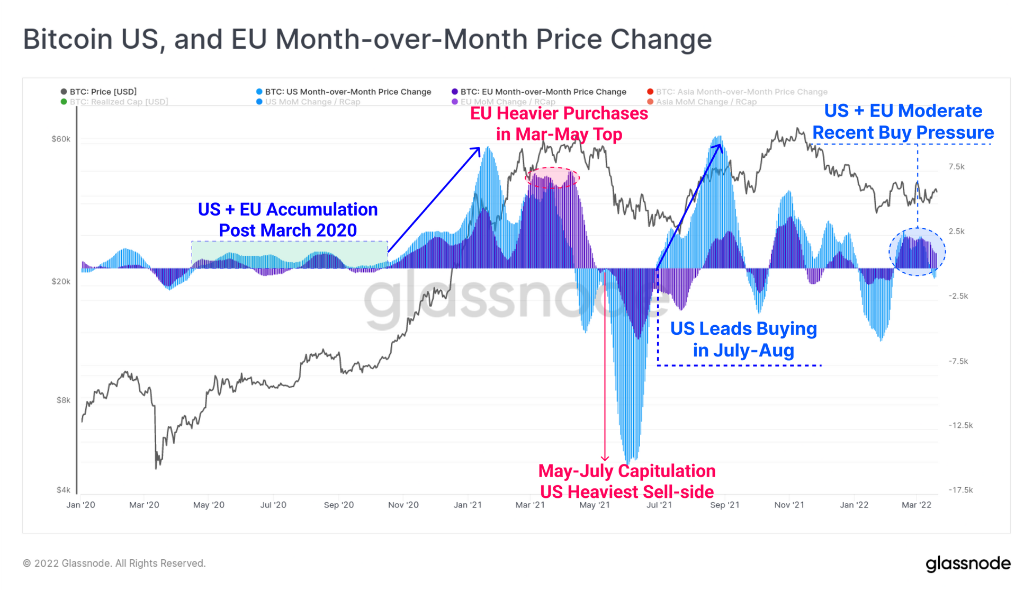 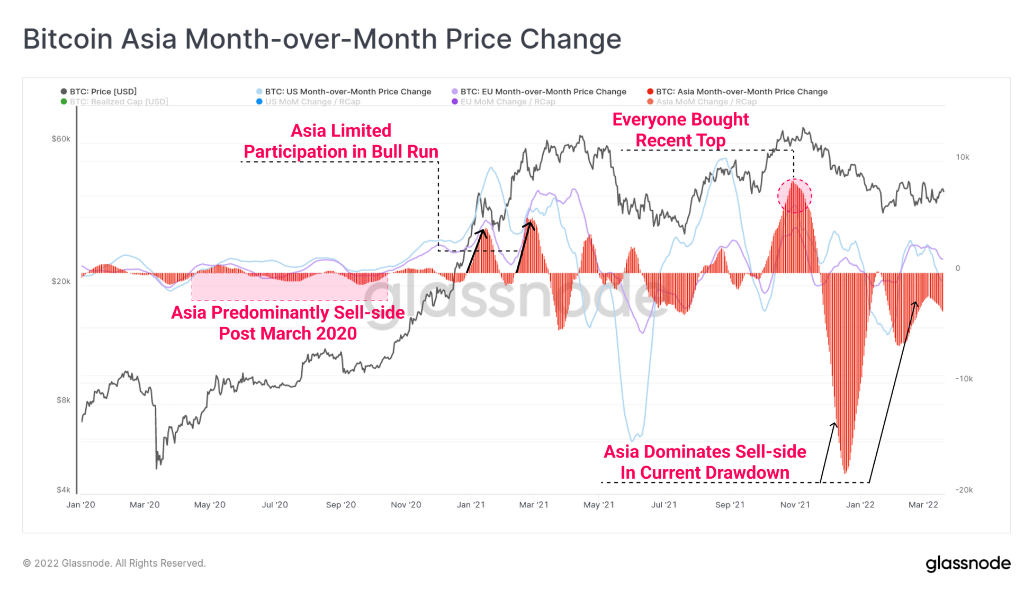 That’s why asians are currently quite wary of Bitcoin and crypto, and no one is buying the dip.

Japan and China are currently mostly buying US Treasury bills and gold. And let’s not forget that China banned crypto mining and trading in sept 2021.

Here’s an interesting paper on why China has good reason to be fearful of Bitcoin, as a potential destabilizing factor in its financial system.

That’s all bearish for BTC.

The enemies of BTC, the Finance Gerontocracy

At the Bitcoin 2022 conference in Miami, Peter Thiel (the famous co-founder of Paypal) presented a list of what he calls the Finance Gerontocracy, the enemies of Bitcoin, a revolutionary youth movement.

These are some serious heavyweights, open skeptics of Bitcoin or of the general digital assets space as a whole:

Peter Thiel said the trio were actually using investing practices like the “hate factory” of ESG to undermine Bitcoin.

So here we are, that wraps up our list of the forces that are driving Bitcoin down, or suppressing a lot of its bullish price action.

Markets need these forces, it is likely that with time they will become weaker as adoption continues to grow. A volatile market is a healthy one, there is no reason for concern.

The road to a $1m Bitcoin will be a long one but it looks quite unstoppable.

If you enjoyed the review, you can buy me a coffee … 😉 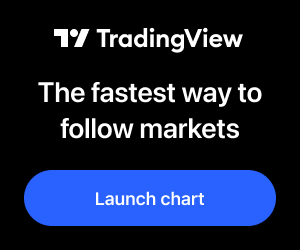 For all my crypto taxes

How I Trade Safe